…And I’ve attempted to avoid all of them. I obviously enjoyed Kieron Gillen and Jamie McKelvie’s The Wicked and the Divine enough to read the issues again, this time as a collected trade paperback titled The Faust Act. I’ve been following the series since I started buying comics again, roughly a year ago, and I’ve enjoyed the pair’s original work, following them from Phonogram and so forth.

But this review is about The Wicked and the Divine. The premise is this: a pantheon of gods return to the earth every ninety years as pop stars. They live for two years, and then through various means, pass away from this world. For the current recurrence, we readers have Laura, a uni student and admitted fangirl, to serve as our eyes and ears and entry into the world of the gods. Laura strikes up a relationship (flirtation/quasi-employment) with the incarnation of Lucifer, brilliantly inspired by David Bowie. This leads to all kinds of mayhem, and Laura’s further inculcation into the pantheon.

The gods themselves are portrayed as human and petty as such gods as ever have been, yet they continue to hold some fascination for the faithful. In this first trade, we get glimpses of their world: assassins, conspiracies, mind-boggling powers.Those powers themselves are fairly shadowy. Even within their world, only those who attend the shows are able to experience the gods’ power, as any attempts to record the music result in only static and silence. As for the shows themselves, imagine the best concert you’ve ever been to, and then imagine you experienced religious levels of euphoria, possibly resulting in passing out or sexual climax (or maybe both?).

My favorite character is Laura. I can’t relate to any of the gods, but she is unapologetic in her fervor for the gods. She is quintessentially a fan, in a universe where fan tips over into zealot. One of my favorite bits is Laura’s inner commentary on the proceedings, the things she says to herself (and to us) that she believes are too much for everyone else to handle. Everyone can relate to that. I don’t dig her desire to be one of the pantheon, that thirst to be special, but even that is something everyone can see in themselves.

The art is beautiful. I always admire McKelvie’s line work, but Matthew Wilson’s coloring is radiant, reinforcing the idea of candles burning too brightly. As to the story, as I read the trade, I was confused by several points, such as the gods’ purpose (Ananke makes a brief reference to inspiration, but otherwise the point is not driven home). But this is at heart, a long, high-concept murder mystery (lasting roughly two years). I’ll be re-reading the second trade as well, and I expect those issues will be clarified. 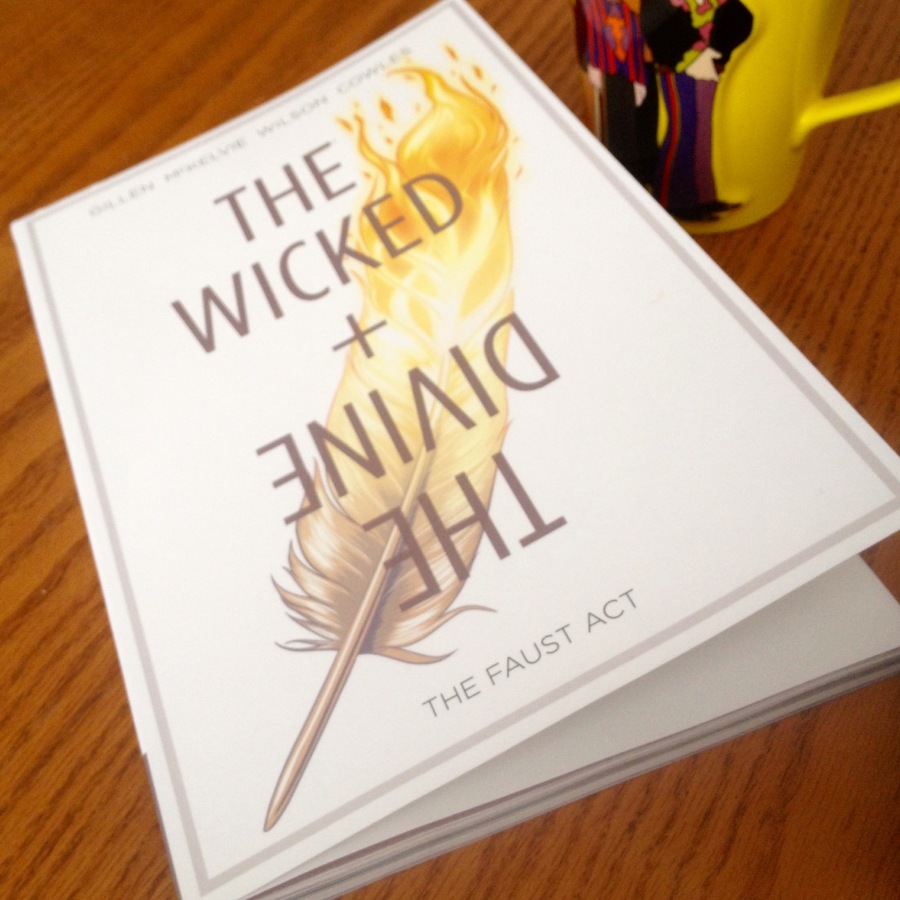 This review has been cross-posted to the Cannonball Read. My goal is to read 52 books in 2016.